I’ve got an ancestor on my back.

She wades through whatever spirit filled world she inhabits to rest herself beside me while I sleep. She recalls every inane habit of mine, down to the wrinkle that forms between my brows when I frown. What makes you different? Her knobby fingers wriggle between mine, and she positions her mouth next to my ear. A language? A country? A history? A prayer? I wanted to be you. Everything I eat. Wear. Say. Think. Sing. Love. Hate. She knows. I’m from your mother’s side. I died about a four hour drive from her hometown. I know where her people rest and where they go to church. I visited them often in the summers with my aunt. They’re still over there. Living and waiting. When she tells me this, I know I need her on my back, sniffing out my trail. I need her watching me because I know nothing about these people she’s visited. These people—she claims—wear the same face and frown that I do. I haven’t seen them since I was two or three, and I may never see them again. No one speaks their names over here unless one of them dies, and if they haven’t died, then I haven’t heard of them.

Possibly, my mother had mentioned something about these people in passing. Like that time she was driving and talked about her girlhood days of getting water from a river with her cousins. Perhaps these were the cousins she loved so dearly in those pictures I’ve seen in our family scrapbook. She said they walked four miles to a river they called nature’s mirror because it was so clear you could see all of nature in it. When she told me this story, I was barely listening. All I could think about was her driving fast enough to get me to the school dance while checking my cherry lip gloss and frosted eyeliner in the rearview mirror. My thoughts were of my failed attempt at beauty, despite my best efforts, I was sure no one would pick me to dance. Perhaps if I had grown up in her country, I wouldn’t have been so distracted and afraid, and could’ve heard her story of a clear river with laughing cousins. But I’ve put too much of myself into surviving on this land, and if there’s a story I need, it’s about making life work out here. I’m too much of an American kid, stuck in my American ways, and wedded to the personality I’ve formed here.

I fear that the country this ancestor spirit speaks of has something to do with my parents birthing their children in a slush of desperation and fear. My anger at their homeland makes me quintessentially American; I never care to ask what happened to their people or country. I only consider the fruit their country produces: the unforgiving faces and disjointed habits of my parents. And that, I can’t forgive. I’m an American through and through. At least, I think I am. Americans like me don’t bother to factor ourselves into the equation of any accountability. There’d be too much explaining and heartache that way. I’d rather point the finger, and forget there are four other fingers pointing back at me. 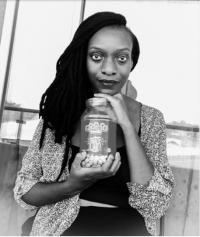 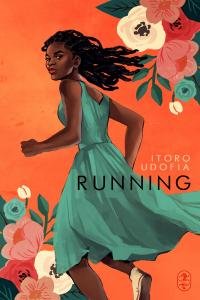